The World Bank cut its forecasts for this year, citing a deeper than expected recession in Europe and a slowdown in China and India. Renewing fears about growth, it said the global economy was likely to grow by 2.2% this year, a downgrade from its January forecast of 2.4%. The downbeat forecasts helped to drive a wave of selling in Japan, where the Nikkei index tumbled 6.35% amid fears that central bank stimulus measures – led by the US – might be withdrawn. The World Bank also cut its forecast for growth in 2014 to 3.1% from 3%, but maintained its prediction that global GDP would increase by 3.3% in 2015.

While there are markers of hope in the financial sector, the slowdown in the real economy is turning out to be unusually protracted and this is reflected in the stubbornly high unemployment in industrialized nations, with unemployment in the euro zone actually rising, and in the slowing growth in emerging economies.

The bank is now predicting the euro zone economy will shrink by 0.6% this year, compared with an earlier forecast of a 0.1% decline in GDP. The currency bloc’s economy is then expected to grow by 0.9% in 2014 and 1.5% in 2015. The World Bank highlighted slowing growth in China, as authorities there seek to rebalance the economy, and said India’s annual growth had dropped below 6% for the first time in 10 years. It said there was concern that the US might begin to ease its support of the world’s largest economy by withdrawing quantitative easing, or the use of central bank cash to buy up sovereign debt in the hope that financial institutions will reinvest the windfall in the wider economy.

The bank added that austerity programs, high unemployment, and weak consumer and business confidence would continue to impede growth in higher-income countries. It downgraded its forecasts for developing countries’ GDP to 5.1% this year from an earlier forecast of 5.5%. Growth in 2014 and 2015 is expected to be 5.6% and 5.7% respectively.

U.S. economic growth was more tepid than previously estimated in the first quarter, held back by a moderate pace of consumer spending, weak business investment and declining exports. Gross domestic product expanded at a 1.8 percent annual rate, the Commerce Department said in its final estimate. Output was previously reported to have risen at a 2.4 percent pace after a 0.4 percent stall speed in the fourth quarter. Economists polled by Reuters had expected first-quarter GDP growth would be left unrevised at 2.4 percent. When measured from the income side, the economy grew at a 2.5 percent rate, slower than the fourth-quarter’s brisk 5.5 percent pace.

Consumer spending, which accounts for more than two-thirds of U.S. economic activity, increased at a 2.6 percent pace rather than 3.4 percent. The revision largely reflected weak outlays on health care services. Consumer spending grew at a 1.8 percent rate in the fourth quarter of last year. Exports, previously reported to have grown, actually contracted at a 1.1 percent pace in the first quarter, cutting 0.15 percentage point from GDP growth. That likely reflects a slowdown in the global economy. The pace of inventory accumulation was revised marginally down, adding more than half a percentage point to GDP growth. Excluding inventories, GDP grew at a 1.2 percent rate, the slowest in two years.

Industrial production was flat in May after contracting a revised-up 0.4% in April. Economists were looking for a 0.2% rise. Manufacturing production posted a 0.1% rise in May, in line with expectations, after declining 0.4% the month before. Capacity utilization fell to 77.6% from 77.7% last month. Economists predicted 77.8%.

The Japanese gross domestic product (GDP) grew by 1 per cent in the first-quarter of 2013, compared to previous quarter, primarily due to the introduction of aggressive financial measures by Prime Minister Shinzo Abe. The improvement in GDP is higher than the initial estimates of 0.9 per cent quarter-over-quarter. The world’s third largest economy grew at an annualised rate of 4.1 per cent, as against the preliminary expectation of 3.5 per cent.

During the quarter, capital investment declined 0.3 per cent; the government had initially estimated a decline of 0.7 per cent. Domestic demand grew by 0.6 per cent against the expectations of 0.5 per cent. The surplus in the present account was at 750bn Japanese yen ($7.70bn), an increase of 100.8 per cent from the same period a year earlier.

Japan’s industrial production advanced 2.0 percent in May from the previous month for the fourth consecutive monthly rise, supported by increased domestic demand for power generation equipment ahead of the summer, the Economy, Trade and Industry Ministry said.

By sector, production by makers of general-purpose, production and business-oriented machinery increased 7.6 percent, helped by firm demand for components of steam turbines and boilers such as from Japanese utilities. Output of electrical machinery makers also rose 6.1 percent amid brisk solar panel production, a METI official said. Transport equipment makers, however, saw production drop 3.4 percent, with shipments of cars for Europe and China decreasing. Manufacturers may not be so confident about the prospects of domestic demand, given that manufacturers polled by the ministry anticipated that output will drop 2.4 percent in June. As for July, however, the manufacturers anticipated a rise of 3.3 percent.

Russia’s economy grew 1.6% in the first quarter of 2013, compared with the corresponding period a year earlier, the Federal Statistics Service said, confirming its preliminary estimate. The economy ministry’s initial forecast pegged annual growth at 1.1% for the first three months of 2013, compared with a 4.8% growth rate during the first quarter of 2012. Economists have said a substantial economic recovery in Russia is unlikely as government spending has fallen; investment is close to zero, while Russian exports have been stagnating for nearly two years.

Compared with the fourth quarter, gross domestic product growth in the world’s leading oil and gas producer fell 16.4% in the first three months of 2013, the FSS data showed. The government is currently working on ways to revive the economy after the government slashed its 2013 growth forecast to 2.4% from 3.6%, well below President Vladimir Putin’s ambitious target of 5% annual growth.

Russian industrial production unexpectedly shrank for the first time in three months, reflecting a slump in foreign demand and weak domestic spending. Output at factories, mines and utilities declined 1.4 percent in May from a year earlier after a 2.3 percent increase in April, the Federal Statistics Service in Moscow said in an e-mailed statement. The median estimate of 22 economists in a Bloomberg survey was for a 0.6 percent increase

The research team is engaged in almost every activities of the capital market. In the fundament research front, the team is involved in Economic Analysis, Sectoral Analysis, Company Coverage and Updates. In the trading front, dedicated technical team is employed to provide online technical calls, trading tips, derivative strategies to clients. The team is online during the market hours and anyone through our website can chat live with analysts and can solve any investment related query.

The team has extensive network of industry contacts and regularly attending analyst meets/ conference calls to get insight of the company. On regular basis, the team shares its view with leading electronic & print media houses. Know more please visit: http://www.rrfinance.com 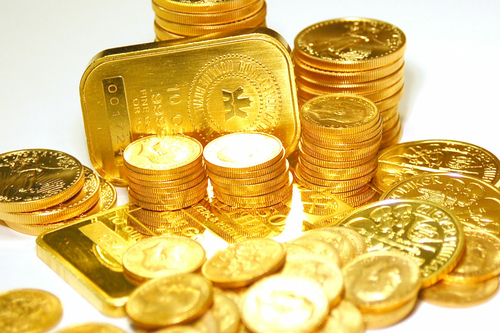 Gold edged higher on Friday, staying on track for its third straight weekly gain, helped by a weaker dollar and hopes of a prolonged period of easy monetary policy. Bullion has gained nearly 10 percent in three weeks – its biggest such winning streak in nearly two years – after the Federal Reserve assured financial markets it would only start phasing out its stimulus when it was sure the U.S. economy was strong enough to stand on its own.

Comments Off on Market Outlook- Gold Edged higher on Friday!

Gold prices arrested earlier losses on Thursday but the market was still in negative territory after the previous session’s 2 percent sell-off, as a break of key chart support near $1,320 an ounce prompted more buyers to cash in gains. The precious metal rallied for four straight sessions to Tuesday, hitting its highest in a month, after assurances from the Federal Reserve that any changes to its gold-friendly quantitative easing policy would be data-dependent. 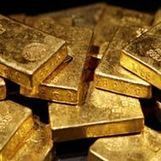 It appears that the Reserve Bank is going to take more severe steps to ensure that the rupee stays within that 60 mark or the dollar doesn’t get more expensive. ..

1- Issue size-375 crores with an option to retain over subcription upto 375 crores.

5- Listing- Proposed to be listed on BSE & NSE.

6- Issuance – Both physical and Demat Form.