A mutual fund is a professionally managed collective investment scheme that pools money from many investors for the purpose of investing in securities such as stocks, bonds, money market instruments and similar assets.

Mutual fund houses are a good option for investors who are looking to plan for their golden years.

An individual, during his per-retirement years should set clear goals (as early as possible), which must be translated into numbers.

Retirement goals for long and happy life can be easily achieved if savings are mutual funds.

Systematic Investment Plan (SIP) is a smart financial planning tool that helps you to create wealth, by investing small sums of money every month.

You can use long term investments to achieve financial goals, such as becoming a millionaire, retiring comfortably, or being financially independent.

Comments Off on Why Mutual Funds ?

3) Allotment will be on first come first serve basis. 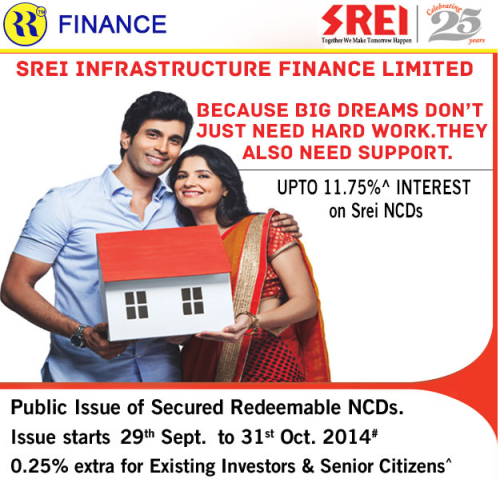 Markets are at a crucial stage where all major indicators are at their support levels. Future direction from here depends on how economic and political developments take place on global and domestic fronts.

We recommend a wait and watch strategy before taking any investment decision.

Or Log on to Our Facbook Page and like us to get updated news on Stock market:- https://www.facebook.com/RRFinancialConsultants END_OF_DOCUMENT_TOKEN_TO_BE_REPLACED

The Indian rupee appreciated over 6% in the beginning of 2014 due to huge foreign investment in the country’s debt and equity market. This rally was led on the hopes of a strong and stable government to revive the Indian economy. However the trend for the INR has reversed in last 2 months.

The risk factors for the Indian rupee include high inflation, Middle East crisis, low percentage of forex reserves/ external debt, and Fed tapering. The foreign investors have high expectations from the ruling government. If these expectations are not met, then the Indian rupee is likely to depreciate further.

Talk of volatility in the currency market and issues surrounding capital flows are back.

Last year, Indian markets witnessed high volatility after the Fed indicated for the first time that it will reduce the quantum of asset purchase, popularly referred to as tapering. Foreign investors sold Indian assets (equity and debt) worth over $12.5 billion in three months to August.

Experts are of the view that markets may be subjected to volatility as the US central bank ends its asset purchase programme, but it will not be at the same scale as witnessed last year.

Indian rupee has witnessed some volatility and inflows from foreign investors in the equity markets have slowed, while the debt market has seen net selling in the current month. It is always difficult to prejudge the extent and timing of the way policy decisions will affect global financial markets and to what extent Indian markets will be affected. However, irrespective of the way things pan out in the global financial markets, investors in India will draw comfort from the fact that compared to last year, fundamentals have improved and the outlook on Indian markets is positive.

Comments Off on Foreign portfolio investors (FPIs) had acquired $16.7 billion!

GOLD – Don’t buy to invest because it is cheap!

We reiterate our views that gold is in long term bearish trend as long as it remains below 28800. It has its next support at 26000 and if that is broken, it will test its most important support at 24,000 which is a 38.2% Fibonacci level. 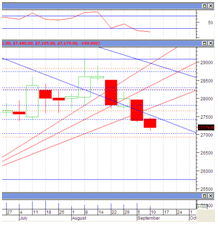 A decisive breach of this support will indicate a major bearish fall. Gold can then tumble up to 18000 by year 2015 – 2016. Gold may be purchased on dips for jewellery but incremental investments of investible funds should be made in equity or debt for long term returns.

Improving global economies and falling risk are taking away the investors from investing in this perceived safe asset.

Comments Off on GOLD – Don’t buy to invest because it is cheap!

Chinese premier Xi Jinping’s visit to India next week will see several big announcements of investment in Indian industries. China, which has more than $4 trillion in foreign exchange reserves, plans to invest $500 billion overseas in the coming years. In the last 14 years, China has invested only about $0.4 billion in India, contributing just 0.18% to overall FDI inflows.

Highlights of expected investments are outlined below–

Now with Japan announcing its plans to invest about USD 35 billion in the next five years in India, it will be interesting to see how China plans its investments.

This visit from 17th September next week should prove to be a big positive for the markets.

Several midcap, small-cap, and infrastructure stocks have not appreciated, offering excellent opportunity to investors to enter at current levels. Some slow moving cyclical stocks may surprise the markets.

Comments Off on MARKETS: Expect a Big Chinese Investment Booster next week!

Why invest in SBI EQUITY ? 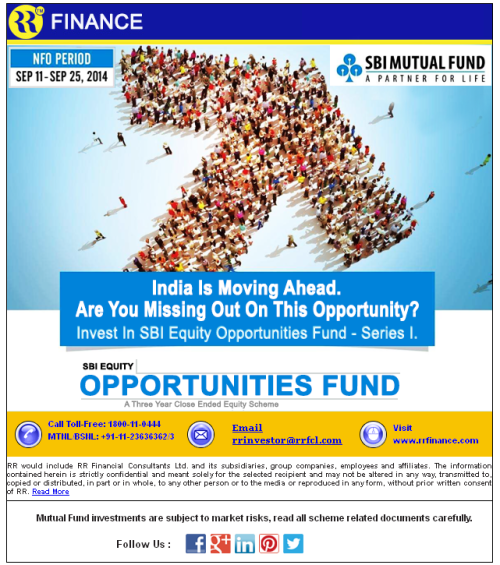 Opportunities across market capitalization with bias towards mid and small caps to generate value for investors in next 3 years.

Comments Off on Why invest in SBI EQUITY ?