Key benchmark indices edged higher in choppy trade, with the market sentiment boosted by data showing that foreign institutional investors (FIIs) made substantial purchases of Indian stocks on Friday, 28 March 2014. The barometer index, the S&P BSE Sensex, close up 46.30 points or 0.21%, up about 130 points from the day’s low and off close to 80 points from the day’s high. The market breadth, indicating the overall health of the market was strong. The BSE Mid-Cap and Small-Cap indices gained more than 1% each, with both these indices outperforming the Sensex.

Comments Off on Foreign institutional investors (FIIs) made substantial purchases

It is not just Modi factor that is driving the markets; most of the crucial macro economic factors have turned positive indicating better growth prospects for Indian economy. One of the major causes for the last correction in August was Rupee depreciation, which has recovered and stabilized now owing to prudent actions of Raghuram Rajan. The Balance of Payment has turned positive from negative. The current account deficit, which had touched an all-time high of 4.8 per cent in FY13 – leading to a massive depreciation in the rupee-has come down to 2.3 per centof GDP during the first three quarters of FY14.

Foreign exchange reserves have jumped from $1.088 billion to touch $295.45 billion. Foreign exchange reserves had hit a 39-month low on September 6, 2013 when it touched $274 billion. Following several steps taken by the central bank to encourage inflows, the reserves started rising. Crude prices are stable, inflation is cooling down, FDI is increasing –the outlook is definitely positive for investments.
Coal prices are also on a downtrend which is a big relief for the power sector as most of them are coal fired and were badly hit by coal shortage for last few years.

On the daily chart of nifty we can see nifty has broken its resistance level of 6360 after consolidating in the range of 6360-5970. Nifty short term and long term trend is up and currently it is trading above its 8 days, 13 days and 21 days EMA. RSI and MACD are showing strength in upward movement. Traders should avoid short selling and should buy on dips.

The Reserve Bank of India’s First Bi-monthly Monetary Policy Statement, 2014-15 on Tuesday, 1 April 2014, will dictate near term trend on the bourses.

Auto stocks will be in focus as companies from this sector will start reporting sales volume data for March 2014 starting Tuesday, 1 April 2014.

PSU OMCs will be in focus as state run oil marketing companies will review the fuel prices on 1 April 2014 based on the average imported oil price in the previous fortnight.

The next major trigger for the stock market is the outcome of the upcoming Lok Sabha elections. Lok Sabha elections will be held between 7 April 2014 and 12 May 2014 in nine phases. The counting of votes will be take place on 16 May 2014. The term of the current Lok Sabha expires on June 1 and the new House has to be constituted by May 31. 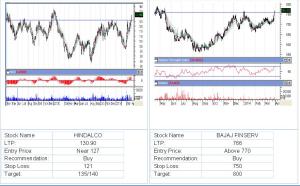 The Indian rupee rallied to en eight-month high, boosted by continued foreign fund inflows into domestic shares, but suspected dollar purchases by the central bank prevented the currency from gaining much further. The RBI has long been expected to start buying dollars when the rupee strengthens to add to foreign exchange reserves of $297.29 billion-the highest since late December 2011. The central bank’s Dollar purchases would reflect the strength of a rupee rally. The RBI had to regularly buy the domestic currency just about half a year ago to keep it from hitting record lows.

Comments Off on Indian rupee rallied to an eight-month high!

Volatility ruled the roost in late trade as the key benchmark indices regained positive zone after erasing entire gains to hit intraday low in negative zone in mid-afternoon trade. The market breadth, indicating the overall health of the market, was negative. The barometer index, the S&P BSE Sensex closed up by 40.09 points or 0.18%, up 75.07 points from the day’s low and off 76.45 points from the day’s high.

Volatility ruled the roost in late trade as key benchmark indices sink in negative zone only to recover later. The barometer index, the S&P BSE Sensex, settled with small losses while the 50-unit CNX Nifty settled with small gains. The Sensex was down 0.27points, off 37.15 points from the day’s high and up 125.94 points from the day’s low. The market breadth, indicating the overall health of the market, was negative.

Comments Off on PSU OMCs in demand on strong rupee

Key benchmark indices surged to record high after the government exceeded its $3.1billion asset sales target for this fiscal year and as investors bet that the Bharatiya Janata Party (BJP) led National Democratic Alliance (NDA) will be able to form the next government at Centre. The barometer index, the S&P BSE Sensex, moved past the psychological 22,000 level. The Sensex closed up by 300.16 points or 1.38%, up 228.97 points from the day’s low and off 17.87 points from the day’s high.

A well formed ascending wedge pattern, five year long consolidation, and then a clear breakout – it is a perfect start of a new bullish phase. 161.8% Fibonacci is at 9000, which is Nifty’s next target by August 2016 as indicated by Andrew’s Pitchfork.

Since January 2008, Nifty was unable to cross above 6350 level, which it has now convincingly broken. More important is that during these last five years, it formed an extremely well formed ascending wedge which is a bullish pattern. The long consolidation implies that the upside will be large. We have considered 161.8% Fibonacci level as our next target which places Nifty at 9000, but to meet this target Nifty must remain above 6350.

Andrew’s Pitchfork is indicating that if Nifty remains above its lowest fork line (emanating orange colored line from point ‘F’) it may achieve this level by August 2016. The Pitchfork indicator was also very accurate in predicting the trend direction during 2011 when the Nifty was falling from its peak of Dec 2010. As one can see that the Nifty had closely followed the downward moving Pitchfork line from point ‘C’, fell down to near 61.8%, took support at this crucial level and then reversed up, also breaking clear above the fork line (falling downward from point ‘C’).

Key benchmark indices edged lower in choppy trade on concern foreign capital inflow will slow after the US Federal Reserve further reduced monetary stimulus for the US economy and signaled US interest rates will be raised. Foreign institutional investors (FIIs) have bought Indian stocks worth Rs 9845.20 crore ($1.616 billion) and Indian bonds worth Rs 38245 crore ($6.2099 billion) in this calendar year so far (till 18 March 2014). The Sensex and the 50-unit CNX Nifty, both, hit their lowest level in almost a week. The market breadth, indicating the overall health of the market was negative. The BSE Sensex closed at 21740.09 and 92.77 point down.

Key benchmark indices provisionally settled almost unchanged for the day ahead of commentary about monetary policy from the US Federal Reserve later in the global day. The barometer index, the S&P BSE Sensex, closed at 21832.86 and 0.25 point up, off close to 62 points from the day’s high and up about 48 points from the day’s low. The market breadth, indicating the overall health of the market was positive.

Comments Off on IT shares decline after weak TCS outlook! 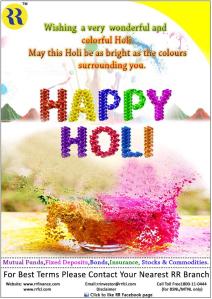